Buy a Portable Farms® Aquaponics System – Grow Your Own Food

BUZZ Pollination with an Electric Toothbrush! 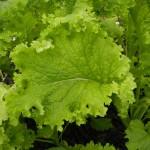 It’s NOT really called Wasabi Lettuce. That’s not the real name of this incredibly delicious, delightful, peppery and tasty green, but ‘wasabi lettuce’ is what we call it when we point it out to the people on tours at the Portable Farms’® Research and Development Center. When they are handed a leaf to taste, what they are actually tasting, is wonderfully pungent mustard green called Green Wave (Brassica juncea) from Johnny’s Select Seeds). As soon as they put a bite of the lime-green wavy edged leaf into their mouth and chew it slightly, their eyes light up and they say, “You’re right, it tastes exactly like wasabi.”

For non sushi eaters, this is the light green stuff that sushi eaters mix with soy sauce and dip their sushi into before eating. It is VERY pungent and a little goes a LONG way. 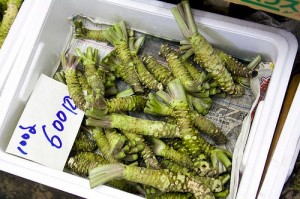 According to Herbcyclopedia: If you like Japanese food you may by now know what Wasabi is, or at least guess because not many people knows where this strong greenish condiment known as Wasabi comes from. Wasabi(わさび（山葵), originally 和佐比, Wasabia japonica or Eutrema japonica, also commonly known as Japanese horseradish, (PHOTO ON LEFT) is one of the most popular spices in many Asian countries, especially in Korea and Japan, a plant member of the Brassicaceae family, which includes cabbages, horseradish, broccoli, Brussels sprouts and mustard. The root of Wasabia japonica is used as the source of an extremely spicy condiment used in many Japanese traditional dishes as sushi or sashimi. The name Wasabi translates from the Japanese as “mountain hollyhock“.

Many times we are asked about growing suggestions for our aquaponic systems that we have never heard of or that are being referred to by a local name that we do not recognize. Wasabi lettuce is our name of our new favorite, but that name has no meaning for anyone else. Regionally available plants are often not even known to those outside of that specific region. The only hard restrictions on growing plants in the PFAS is root crops  which do not grow well under the gravel substrate. 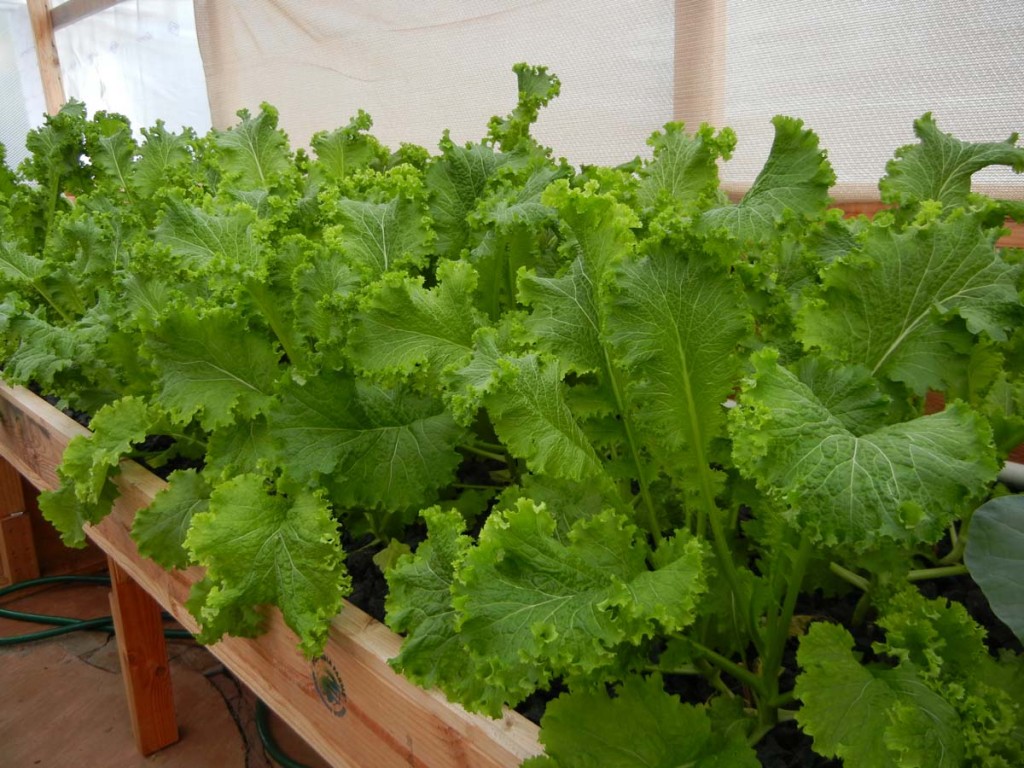 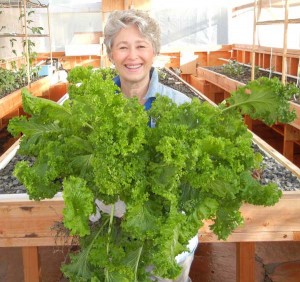 The huge variety of greens and blossoming plants raised in the R&D Centers over the years has been fun, exciting, very informative and has been helpful in recommending varieties to anyone using aquaponics. For the most part these experiments have been highly successful and new varieties have been slowly added to the list of approximately 300 varieties we have actually grown in the aquaponics systems. Some plants do exceptionally well, are very easy to grow, produce predictably and are on the list of recommended plants for aquaponics.

A few have not worked out so well. Because of their desire to experiment we encourage those who want to try new and different varieties to go ahead and plant some to see how they do in the system. Some do great and some not so great. Some are seasonal and do not do well in the ‘off’ season.

For commercial installations the initial ratio of greens to flowering plants is dictated by the marketing study done in advance of any construction. The initial profit is significant and enough to pay off the initial investment in three to five years, but the real profit comes when the customers begin to ask for specialty crops or different varieties of their favorites, some of which you may have to dig to find what they actually are before buying some for the client.

When anything is custom grown it has a higher profit margin because that specific crop is hard to procure OR it would be readily available. For example:  After a short time of being supplied with the standard lettuce, tomatoes and peppers, the customer nearly always asks, ‘Can you start bringing me these different tomatoes or the type of lettuce that we used for wraps or can you bring me hot peppers?’ and those items bring near retail prices, or a tiny bit less than they would have to pay their normal suppliers.

When you are asked to supply a new variety or new vegetable, start with a dozen or so plants to see what the results turn out to be for your particular system. There are always some surprises and some of the new plants are fun and some are really confusing . Have fun.