Is Aquaponics in City Centers in the Future? 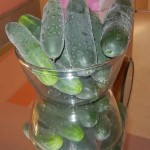 MAKE BIG MONEY Selling Cucumbers Grown in Portable Farms. Cucumbers are delicious in salads, as a side dish garnished with vinegar and spices, as part of a refreshing addition to a relish tray or even sliced and served on a sandwich!

The cucumber has long been known as a summer ‘fruit.’ Yes, the cucumber is considered a fruit but used as a vegetable. When cucumbers are grown in a Portable Farms Aquaponics System, they can be grown YEAR ROUND and sold to local customers as organic food for top prices. In fact, (this surprised us as well) cucumbers grown in our Portable Farms are a better cash crop than even basil!

Since cucumbers are ‘blooming’ plants, they require:

— Six to seven hour of direct light per day and LED or fluorescent grow lights from September to April (Northern Hemisphere) for another five hours per day. If direct sun is unavailable, the grow lights must be utilized 18 hours per day.

If cucumbers grown in a Portable Farms® Aquaponics Systems are raised and sold as ‘locally grown and pesticide free,’ the grower can receive higher prices further reducing the ROI than stated in this article.

Fruit generally grows to market maturity 12 to 15 days after the flower opens.

Considering these variables, yields range from 1 – 1 ½ to 3 pounds of fruit per plant per week, during mid-harvest on an umbrella trained crop.  Twenty to twenty-five fruit may be expected over a 10 to 12 week harvest period. 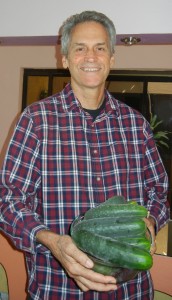 Each Module contains one Grow Tray, one Fish Tank and one Clarifier. The components to make the Module functional also include a special pump and valve system, a control panel, air pumps and related hardware and wiring.

Labor costs are higher than with lettuce because of the training and harvesting of cucumbers. This is true for tomatoes, zucchini, peppers and any plant that requires extra time after planting. Lettuces does not, plant it and then a few weeks later harvest it and plant the same place again. Two people can operate a 10,000 sq ft PFAS if they are only growing lettuce. With other bush or vine crops two to four additional personnel are required.