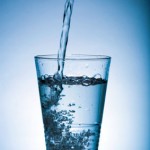 Fossil water like fossil fuel is a non-renewable resource. It is not as rare as  the ‘rare earth metals’ but once we use it up, it’s gone forever and for those who depend on this water supply (that’s all of us to some degree) are running out of time and options.

Being protective and adopting an attitude of sustainability is key to the future for a prosperous and healthy world. The earth has 7.4 billion inhabitants  The United Nations estimates it will further increase to 11.2 billion in the year 2100.

Portable Farms® Aquaponics Systems require 95% LESS water than in-ground growing. PLUS, they produce the ready availability of a protein source though the growing of fish. Dr. Latham, Director of the Program in International Nutrition at Cornell University claims that malnutrition is a frequent cause of death and disease in third world countries. Protein-energy malnutrition (PEM) affects 500 million people and kills 10 million annually.

Most aquifers used for irrigation and for drinking water are being naturally replenished by infiltration of water from precipitation including rain and snow melt. This regular precipitation recharges the open or normal aquifers whereas the fossil water aquifers really are relics of past times and get very little recharge. The mining of fossil water (the extraction of water from these ancient reservoirs) results in land subsidence and an increased salinity in the soils being irrigated with this water. Water from these wells is being pumped out at a rate that far exceeds the natural recharge rate which is some cases is basically zero.  Another odd effect is that water mining has been blamed for contributing to rising sea levels because the water wasn’t in the hydrologic system before and is now being added to the total water available on the surface of the earth.

But wait, who cares if we’re using up this water? Poor farmers and not so poor farmers need water to raise high-value crops to feed the growing mass of humanity. Who cares if the water runs out? What difference will it make if we run out of cheap water next year? Or, in ten years or in a hundred years?

Because it doesn’t matter how long it takes, it will happen and when it does the gene pool will become smaller very quickly. Water is far more important than oil. You do not need oil to survive, but you do need water and when water becomes so expensive that people are willing to kill over it, everyone loses. It will not matter where you live or what you ‘control,’ you will be impacted by the scarcity of water everywhere in the world. Initially the shortages will be spotty and the violence will be contained to local areas, but very quickly the ‘fight will be on’ for control of the water. Oil is a take it or leave it proposition for the populous, but water is absolutely essential to life itself. No water means no life.

Today, be aware and take notice how long you take standing in the shower, how often you flush the toilet and how often you drink a glass of water/coffee/soft drink. You can skip the shower and the flush, but no matter how much you want to stretch out your personal water supply, some other selfish idiot will be using up your water at a prodigious rate.

Sound advice: Create your own protected, replenishing water supply, a stable food supply and a few good neighbors who are willing to share their talents and their labor with you to insure you all stay alive so that your genes have a chance to be part of the survivor group, whatever that will look like.

This means the developing world will face hardships in providing:

Energy to their growing populations