Evolution at High Speed
– by Colle and Phyllis Davis

Darwin was wrong!  He was completely wrong about the premise that evolution is a VERY SLOW process. In our modern world, evolution has become extremely fast and in many cases it shows up from one generation to the next. For example the current furor about antibiotic resistant bacteria becoming impossible to stop shows that germs are evolving quickly to insure some of their offspring survive. The most effective antibiotics developed by Big Pharma today are only effective for a few years, perhaps a decade or two and then the little beasties win the next round and it seems that humans will never catch up. 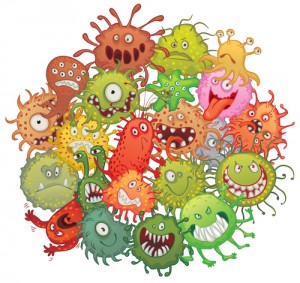 At one time in the past century, pesticides were effective but today there are a new brand of super weeds and super bugs that demand a higher and higher dose and multiple applications of pesticides to achieve any impact at all. Evolution is a much stronger, more efficient and faster force than anyone ever imagined and this amazing natural mechanism has the power to wipe out humans. It may wipe us out not because humans cannot evolve fast enough or that we are in short supply, but because humans are creating chemicals and compounds that never existed before in nature and which we know very little about and have no idea how to use or control.

Commercial agriculture is the largest user of chemicals, antibiotics, and synthetic compounds. Almost all of these manmade super-killers cause severe and unintended consequences:

The growth of the ‘organic’ and ‘all natural’ and ‘range raised’ foods in the marketplace indicate a growing awareness and concern with an increasing number of people interested in what they are eating. Good health can no longer be taken for granted and the health of people of all socio-economic levels is being threatened. A few brave souls have started to say, “Enough is enough.”

There are limits for modern agriculture’s focus on mono-cropping and lowest-price-world-markets without regard to the health and well-being of those involved or impacted and eventually this blatant disregard will become too high and unsustainable to continue. Oh, wait, that day has already arrived.

This disregard for health and life is commonplace. Governments have now come part of the problem and even though the world can raise enough food for everyone to have enough to eat, it is the distribution controlled by huge corporations and corrupt governments that creates hunger and starvation. Subsidies and trade barriers prevent food from being delivered to those in need at a price they can afford. 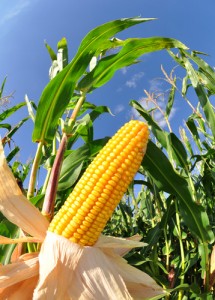 The mandated use of ethanol as fuel has taken enough corn out of the food chain to feed 500 MILLION people and run it through internal combustion engines. These corn fields used for fuel are some of the most polluting and chemical drenched lands in the world. Corn that is grown not for human consumption means that farmers do not have to follow the same guidelines for fertilizer and pesticide applications.

What can you do to protect yourself? There are a few things you can do to impact this situation. Grow some of your own food. We realize this is often not possible in the world of urban populated cities. However, you can buy make an effort to buy locally produced food from markets or farmers in your area. Traditional ‘farmers markets’ are seasonal, but you can buy fresh fruits and vegetables from farmers or at farmers markets when they are in season and then freeze, can or dehydrate that food for enjoying in winter months. ­­­­You can also demand your grocery stores stock and then BUY the best available produce that has been raised sensibly to support their efforts. Often, you will have to pay higher prices for better food.

The bottom line: Unless you demand healthier food, you will continue to be sold corporate farming’s cheapest, most polluted and highest priced produce that is killing you and your family. Here is where you can make a difference. Starting today, demand the best food on the planet and refuse to buy anything that is helping kill our lovely world. It’s up to you.  You’re right, the process is not easy, its hard work, takes commitment and is never ending and your efforts may not work. Then again, your grandchildren or their grandchildren may survive long enough to enjoy a rejuvenated world that promotes healthier food and people.