Sitting is the New Smoking

Reduce Your Dogs SNORING with Carmex®!

One Less Square of TP

One Less Square of TP
– by Colle and Phyllis Davis

This article is NOT about aquaponics, but we wrote it and it’s fun and it proves a valid point about being a good steward to the earth’s resources and that’s always a good reminder. 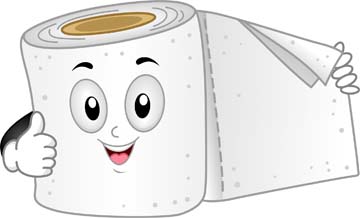 Behold, here is an interesting and odd way for you to be less impactful on the earth.

Here is the setup: Can you consciously and religiously use one less square of toilet paper than your normal quota, each and every time you need it?

Come on, it’s only one tiny square. You already realize that pulling off too little causes some interesting planning on your part. And the occasional wild grab of too much is wasteful. Can this tiny change in your behavior impact your carbon footprint?

Does it matter? Will that tiny square staying on the roll mean anything in the scheme of life?

Maybe, but in a way that most people never think about. The awareness of what you are doing each time you need toilet paper is a constant reminder that everything you are doing impacts the earth, even when the behavior is so routine that you may not even be aware of it. First laughing at the thought and then starting the one less square routine moves that new behavior into your unconscious and makes you a hero in the ongoing push to be politically and environmentally correct. 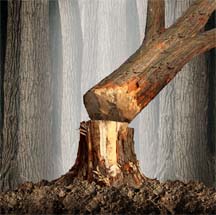 Here are the figures to make this point real in your mind:

Now the fun part of your new awareness and habit: Telling your friends about your efforts to be a good steward of resources. Think about that scenario for a moment. It has to give you a visceral bump and, depending on who you are it will be highly effective in making you remember to leave that square on the roll.

Let’s look at this idea of the awareness of making a small change in a somewhat different light. Can you plant one more lettuce seed or one more basil seed? Yes, you can. The real question to ask yourself is; what to do with the single plant increase in your bounty? Plan on giving these special ‘extra’ plants to specific people. The effort to plant, nurture and then give from the overflow creates a highly impactful experience for anyone who will indulge themselves in the process.

Planting in a plastic or wax paper cup sitting on the kitchen window ledge will suffice. It is the awareness of the new behavior that becomes the reward and has the earth value impact.

How is planting one more lettuce or basil plant that you plan to give away different from the ‘one square less’ mindset? After all these ‘habits’ address two very separate parts of our lives. It is the awareness of the small gestures and habits we often follow blindly, and that is changed easily impacting our lives and the earth. If each person (or only one person in one hundred) begin to do either or better yet, both of these behaviors, the results will eventually effect the earth.

Sharing the extra plant will be much easier to explain to your friends than the one square less. When you have managed to have both new habits in place, then the square one will be a great conversation opener and garner lots of attention and laughs.

It is in the small gestures, the awareness, and the willingness to behave in a slightly different manner that changes happen. The impact is hardly noticeable to the world at large, but it is these same small gestures that eventually start trends, impact buying decisions and lead to policy or even life changes.