Endorsement for Portable Farms® from the Country License Holder in Botswana, Africa

Aquaponics can be traced back over 4,700 years to an area located in present-day China. The technology has been in use for a very long time. The older systems were referred to as pass-through or as one time water-use systems. This means the input water passes through the system in a series of steps to help in the production of meat, vegetables, fish and cleaner output water.

Modern aquaponics tend to be closed loop systems where the water is recycled throughout the system. Portable Farms® Aquaponics Systems uses a ‘closed loop system’ similar to modern day hydroponics. The water is used to remove the waste from the fish tanks, deliver the nutrients (less the fish-waste solids) to the plants and then return the water which is now stripped of nutrients and re-oxygenated back to the fish tanks. The PFAS is different in several respects from most other aquaponics systems now in use.

In the 45 year design phase of the Portable Farms® Aquaponics Systems , the major parameters were to have a system that was easy to operate and very nearly indestructible. To achieve this dual goal the design required an overlay of software on the existing technology. 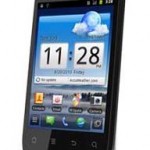 The best way to understand how this was accomplished is to use a computer or smart phone as an example. The hardware components of these devices are very similar and can be manufactured by a wide variety of companies. The differences between the different brands or models lie in the software used to operate the equipment. The software is designed to take advantage of the hardware and be flexible enough to accept apps or programs in order to add functionality to the device itself.

The Portable Farms® Aquaponics Systems is designed exactly the same way. The basic technology of aquaponics is a commodity or open-sourced material where anyone can actually build an aquaponics system using information gathered from the Internet and materials gathered locally. The difference is that the Portable Farms® Aquaponics Systems is the software package that makes the collection of components operate at peak efficiency and is also flexible enough to allow for changes due to environmental conditions, crops differences and emergencies. 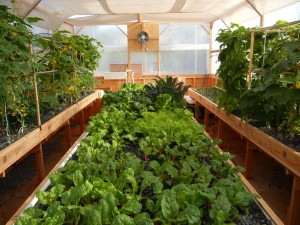 There is no single point of failure in a commercial Portable Farms® Aquaponics Systems installation. This huge safety factor is achieved because each Module is a stand-alone system with two separate points of failure, neither of which is critical to the health of the fish or plants for up to twelve hours. IF a single Module were to fail, it will not in any way jeopardize the entire installation. If a single Module fails in a Commercial Installation it represents less than 5% of the output of that installation. A computerized warning system can be installed to notify one or more people of any impending or actual failures that may occur.

This technology analogy is the best and probably the only way to explain the enormous advantage that Portable Farms® Aquaponics Systems  has over other aquaponics systems. This is especially true when compared to the raft systems which consume many times as much water and electrical power than medium-based systems (we use gravel). Most raft systems have a single-system-wide point of failure which is an electrical pump that is running at all times. When/if this pump fails, the system immediately puts the fish at risk and very quickly the fish will die. The best software in the world cannot workaround this design flaw.

Aquaponics makes controlled environment growing more than a feasible addition to the food supply. It makes feeding a growing middle class a lucrative and rewarding investment. The Portable Farms® Aquaponics Systems is the most advanced, best producing, least energy intensive aquaponics system in the world. Start yours today.